Sixteen-year-old Emir smiles nervously as he is asked to prepare cocktails for customers at the Yolky Palky café in Biskhek. He’s too young to be serving alcohol, but the tiny drops of gin he adds to an impressive Blue Lagoon, or thin skim of spirit that he sets alight on top of a dark blue, brown and white ‘layered cocktail’ at the bar, are essential to the learning curve he is climbing.

A slim, cheerful young man smartly dressed in a natty waistcoat, Emir is a student at Bishkek’s Vocational Education and Training (VET) School No. 18 in the city’s south-eastern district of Tunguch. The school enjoys commanding views of the majestic snow-covered Tien Shan mountains that run like a curtain to the south of the Kyrgyz capital.

Yolky Palky – which translates into Russian as  ‘Christmas Tree Stick’ but is used more as a mild curse, such a ‘hell’s bells’ – is a fully-equipped bar and café tucked into a corner of a school that specialises in preparing young people for careers in catering, hospitality, hotel services, sewing, tailoring and couture.

One of the school’s 640+ students, in his first year, Emir is taking his first steps in a career where serving customers professionally and with style will be his stock in trade. Now, thanks to an innovative local project that helps VET schools better track the paths students take into work, when he graduates staff and managers and School No. 18 will have a clear idea of how Emir and other students like him are taking their first steps into the world of work.

The tracer study of vocational education and training graduates in the Kyrgyz Republic is an exit and labour market survey developed with the assistance of the ETF at the request of a group of Kyrgyz VET schools and colleges. After an approach by 11 Bishkek-based institutions in December 2012, the first pilot studies were set up. Initially paper-based, the scheme soon switched to telephone and online surveying and expanded to include 32 institutions across all seven administrative regions in Kyrgyzstan. Now 60 are involved – including 42 Initial VET schools and 18 colleges.

The idea is simple in principle, though a little more challenging in practice: to use tracer studies for students in the summer just before they graduate and later during the autumn to better understand how individual colleges are doing in matching students to the labour market. With the help of the ETF, through capacity building workshops for stakeholders in methodology and designing a tracer study questionnaire, the first studies were launched in 2013.

Maksatbek Tolobaev is the tracer study coordinator at Bishkek’s Automobile and Road College. As deputy director for practical training and employment he had a keen interest in knowing how well his college prepares students for jobs in road construction, car repair and auto engineering. ‘These are our first surveys from 2013,’ he says, as he lifts thick ring binders bulging with completed questionnaires from the shelves of his office in the college’s grand Kruschev-era central building. The most recent report is a slim A4 report complete with colour-coded charts and tables collated from surveys largely completed online.

It is a large college, catering for 1,500 students, 90 percent of which are young men – a few dozen young women study on a specialised accountancy course tailored to the car industry. Every year there are between 350 and 400 graduates and keeping track of them is a major task. Preparatory work with students ensures a response rate of around 90% in the first survey and 60% in the second follow-up eight months later. A careful note is made of the address and telephone numbers of students’ parents to help reach graduates at the second survey point who often have changed address, mobile phone number and even country.

‘Students often change jobs or places of living at the early stage of their career and some go to work abroad – mostly in Russia where their qualifications are recognised,’ Mr Tolobaev remarks. Still, the response rate and detailed level of the questionnaire provides a wealth of information: within eight months of graduation, 80% of those from the road building courses have found jobs and 60% of those who completed vehicle repairing courses. Others go onto further study – for example, seeking higher engineering qualifications.

The survey feedback can be very specific: the pressing need to modernise workshop equipment – at a college where many lathes and machine tools used for practice date back to Soviet times – is a frequent concern of respondents. The college has acted on a number of suggestions – it won an Asian Development Bank grant to refurbish around 150 rooms in on-site student dormitories and has launched a driving school to help raise money for other improvements.

On the other side of the city in the south-western suburbs of Rabochy Gorodok – which means ‘working town’ or industrial district – VET School No. 20, specialises in training for flower arranging, landscape gardening and more technical skills in trolleybus driving and repairs, welding, electrical and sanitation engineering. Natalia Staneva, the school’s deputy director, says the tracer study has given staff and managers a much clear picture of how the school meets the needs of its student and the community within which it works. 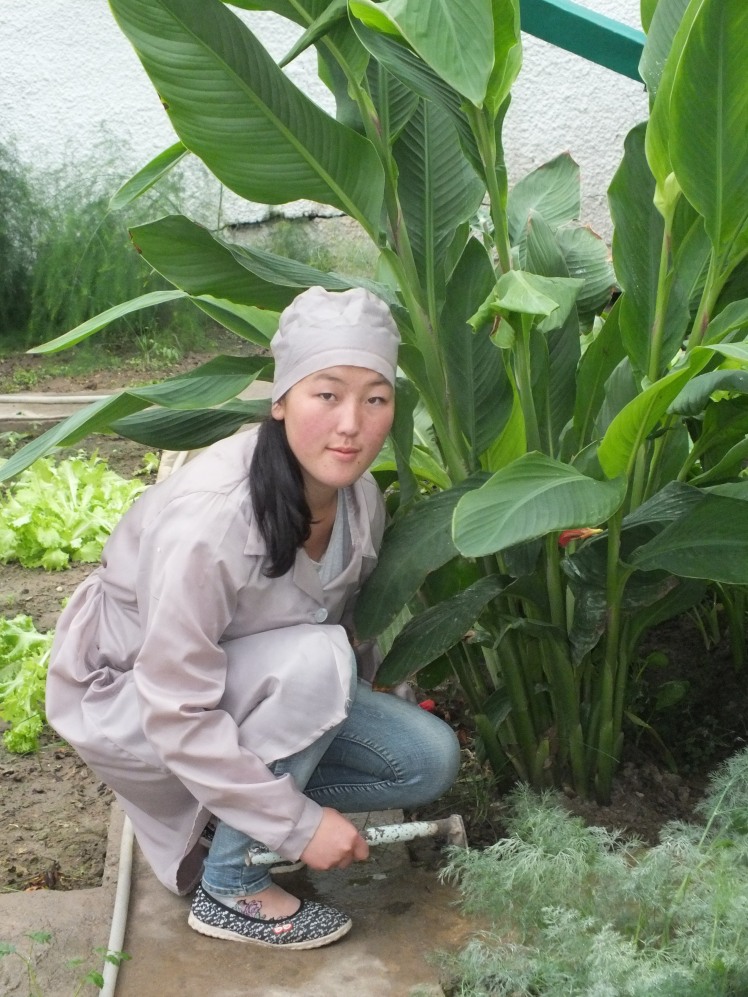 ‘It is essential for us to understand the quality of our courses,’ she says. ‘Statistics are important, but for us the most critical thing to know how useful our teaching courses and approaches are. If we get feedback that suggests we should change our teaching methods, then we are obliged to do that.’

The survey responses do not always make for easy decisions. Feedback from students on the trolley bus driving course over the past three years identified one teacher as consistently underperforming. Students who had gone onto to work in the field soon understood that they had been ill prepared for some aspects of the job.  ‘Having been specifically told that this teacher was weak, we changed the teacher and amended the programme,’ Ms Staneva says.

The results of the tracer survey have proved so positive there are now plans to widen its scope and include Higher Education institutions. ‘In Soviet times of course we also studied student outcomes,’ Ms Staneva remarks.  ‘But we were only obliged to record where students intended to go when they left college – and young people often change direction early in their career. The new system gives an accurate picture of how well VET schools prepare students for their first steps into the world of work.’ 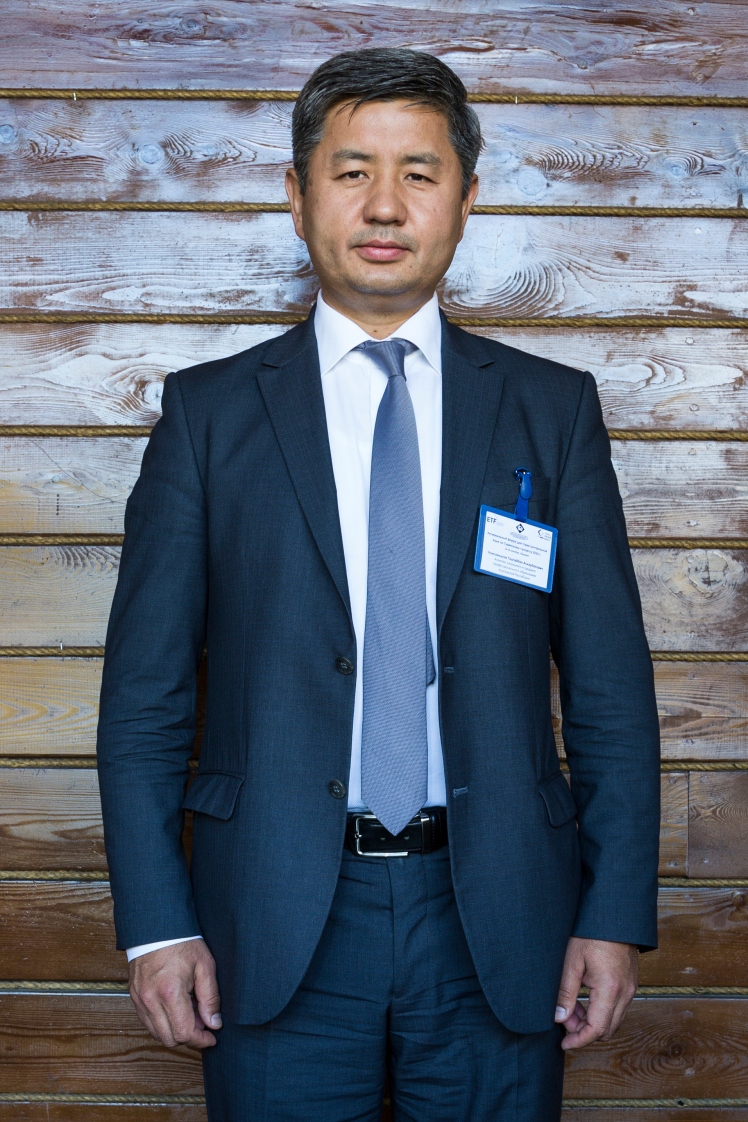 Taalaibek Cholponkulov, who oversees vocational education at the Ministry of Education and Science in Kyrgyzstan, says the tracer study is a great example of bottom-up evidence-based reform.

‘The tracer study has become a pilot for a scheme we are now working on to take this to the national level; it emerged from the grassroots but will now be adopted across the country,’ the Torino Process coordinator says, adding that it is a good practice example to share with other countries in the region.

From 2010, the Torino Process has been strengthening regional and national stakeholder cooperation. ‘It is thanks to the Torino Process that a coordinated approach is being taken. Dialogue emerges from the stakeholders being brought together; we share a focus and this helps us cooperate with neighbouring countries.’

In a nutshell, he says, the Torino Process is fostering ‘dialogue, cooperation and a new vision for practice.’